I thought it would be fun to create a post on Old Montreal architecture.

Here’s a couple from my archives and I will be adding images to this post in the future. 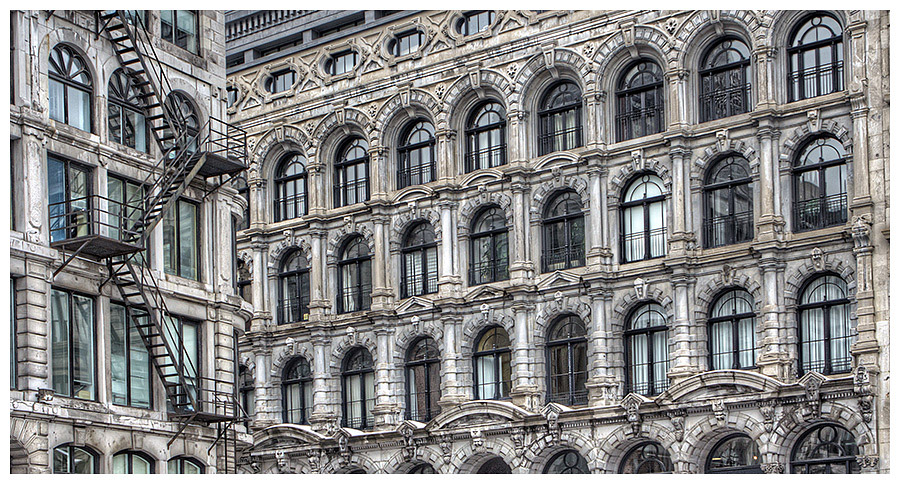 The image below is a view of Rue Sainte-Hélene, the lamp post in the foreground is actually the front door of the Gault Hotel a very nice boutique style hotel. 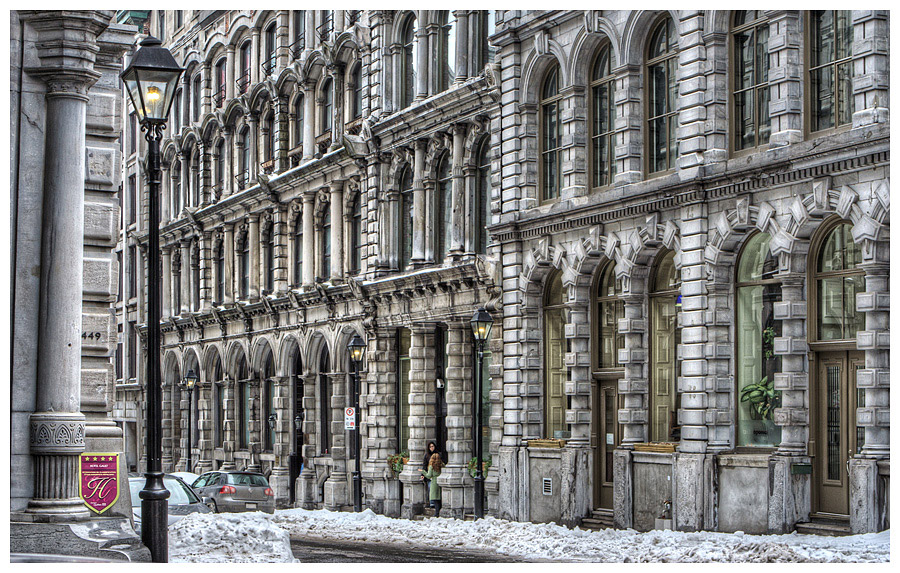 I found an image of the Gault Hotel and thought I would include it in this post. I don’t do a lot of black and white conversions but, it seemed to work well with this shot. 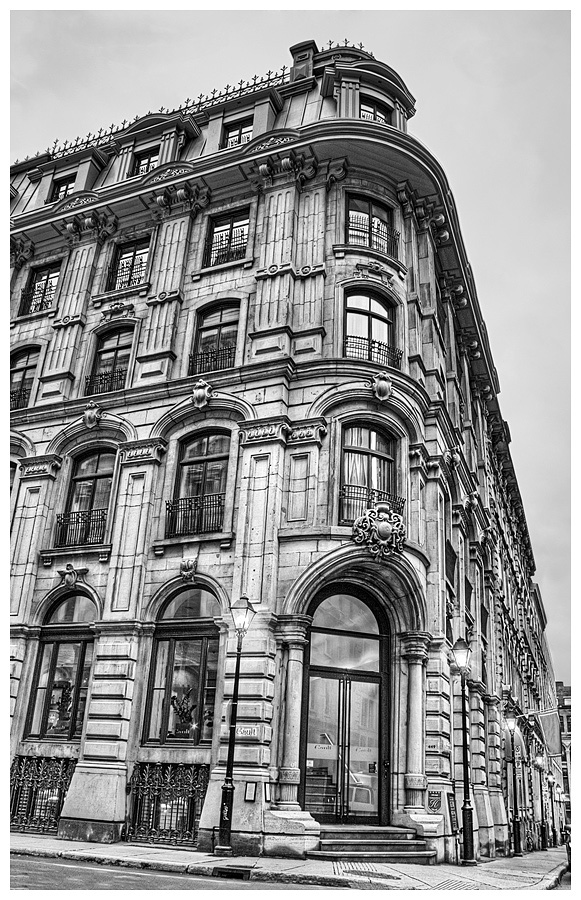 Montreal Winter Scene
I saw this shot out of the corner of my eye, as I walked past the park the other day.
So I went back and got this image, hope you like it.
This is a section of Lasalle park in Lachine very close to where I live.

Heather - i loved the Montreal pictures they are beautiful….but I truly love this winter picture, it literally takes my breath away! BEAUTIFUL BEAUTIFUL!!

kev - Thanks Heather, I really got lucky with that one.

Here’s a winter scene from my vast archive of images.
If you would like some historical information about this part of Notre Dame st. please click here.

Here’s another shot of the Victoria pier clock tower. I shot this from across the St. Lawrence river on St. Helen’s island.

These paragraphs were taken directly from Marguerite Bourgeoys website.

“For over 350 years, the Chapel of Notre-Dame-de-Bon-Secours, a jewel of history and heritage, has made its way into the hearts of generations of visitors and pilgrims. As you step into the church, you will immediately notice the peaceful atmosphere and feel a palpable link to Montreal’s past.
This is the chapel of 1771, built over the ruins of the first stone chapel of pilgrimage whose foundations were recently uncovered. This is the site where officers of the British regime considered setting up barracks to house the military. This is the silent witness to the faith of Montrealers who rebuilt a chapel when it seemed impossible.”

The website is named after the women who would become a saint “Marguerite Bourgeoys”.

“Saint Marguerite Bourgeoys was canonized in 1982. A pioneer woman who worked in an outpost of the French empire, she built houses and established a farm, and opened schools for native children as well as for children of the colony. She was deterred by neither bishop nor king in the pursuit of her mission. The Church presents her to us now as a model for modern times. In a moving ceremony in May 2005, the sisters of her community and the people of Montreal brought her mortal remains in procession to Notre-Dame-de-Bon-Secours through the neighbourhood where she had lived and worked and died, back to her chapel. A woman of courage, vision, compassion and deep spiritual strength remains with us today, part of the fabric of our lives.”

I hope to add a few new images to this post in the coming months.

DORIS WILKINSON - I WENT TOSCHOOL AT NOTRE DAME DE BONSECOURS UNTIL 1952 WOULD LOVE TO HAVE OLD PICTURE TO SHOW MY GRANDCHILDERN AND GREAT GRANDCHILDREN, WE LIVED ON ST PAUL SINCE I WAS 5 UNTIL I WAS12 WE MOVE TO USA AT 15. I AM NOW 75. I LOVE TO SEE THOSE OLD PICTURES. THANK YOU
DORIS WILKINSON

kev - Thanks, I’ll see what I can do about getting you some pictures of the school. However, I am very busy and do not get to Old Montreal very much anymore.